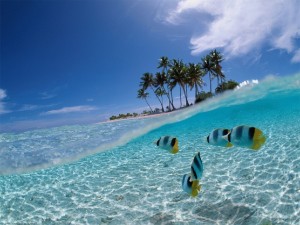 Indonesia has become quite the hub for consumer firms. As the region becomes increasingly middle class (closet to 250m of its residents are in that category), the high-tech buzz around Indonesia seems to have caught on to a whole slew of e-commerce startups.

One such company that clearly finds Indonesia an attractive region is SoftBank and thus it recently invested $100m in Tokopedia – the online venue for Indonesian citizens and companies to open and maintain their online stores for free.

So apart from the increase in the middle class population in Indonesia, what is making the region so attractive to foreign investors? A change in the law could be one factor. Until April 2014, many businesses were closed to foreign investments, with others posting incredibly high restrictions. Since then however, the Negative Investment List came into effect, changing this. Perhaps this was why the country’s GDP expanded by 5.12 percent between April and June. And with this change, businesses saw a change in attitude from the region’s government that has since then been seeking to develop a far more open economy.

Added to that factor is the Asean Economic Community that is due to come into play at the end of next year.

First Asia Capital analyst David Nathanael Sutyanto, recently said that due to the sharp increase in subsidized oil fuel price, there has been a review of Indonesia’s fundamentals. While eventually this will result in an improvement of Indonesian economic fundamentals, there still needs to be government anticipation of the potential short-term negative impacts.